On September 21, 1897 an editorial appeared in the New York Sun. It was written in response to a letter sent to the newspaper by an 8 year old girl, called Virginia O'Hanlon.

Virginia was beginning to doubt the existence of Santa Claus.

Her father, Dr. Philip O'Hanlon, a coroner's assistant, suggested that Virginia write to the local newspaper to find out whether Santa Claus existed or not. 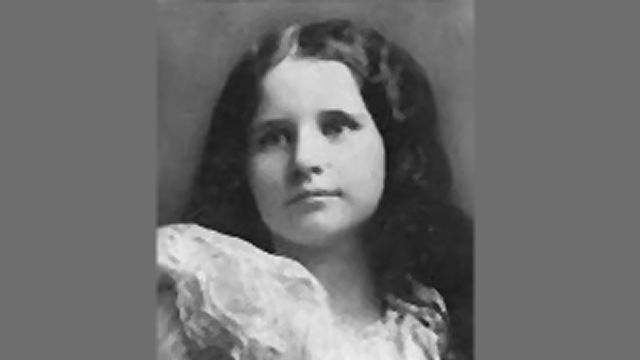 Her letter arrived on the desk of a veteran newspaper man, Francis Pharcellus Church.

During the American Civil War, Church was a war correspondent. The sights of war and the suffering he witnessed, gave him a rather cynical and world weary attitude about life. 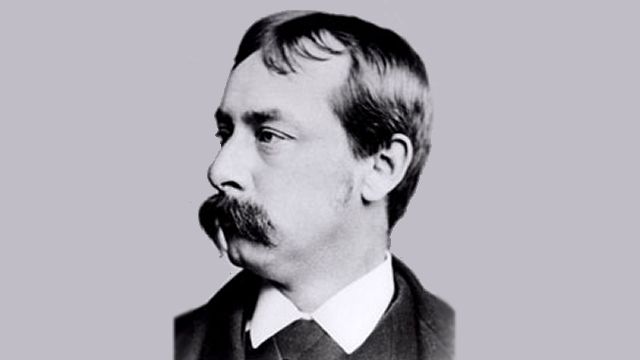 His editor at the time, Edward P. Mitchell, wrote of the assignment:

"At first he bristled and pooh-poohed the subject, but took the letter and turned with an air of resignation to his desk."

From these unpromising beginnings, Church produced a masterpiece, that well over 100 years later is still quoted and has become a part of Christmas history.

Soon after the publication of the article Church married. He died childless in 1906, aged 67, and was buried in the famous Sleepy Hollow Cemetery.

Virginia O'Hanlon, was obviously an intelligent child, as she eventually attended both Columbia University and Fordham University. She spent her career in education, finally retiring in 1959. Virginia O'Hanlon Douglas, as she was named after her marriage, died in 1971, aged 81.

Throughout her life Virginia received mail and questions about her famous letter. She stated in an interview that the whole experience had a positive impact on her life. When asked if she still believed in Santa Claus, Virginia O'Hanlon Douglas always answered "Yes".

Beneath is the full text from both Virginia O'Hanlon's original letter and Francis Pharcellus Church's reply.

We take pleasure in answering thus prominently the communication below, expressing at the same time our great gratification that its faithful author is numbered among the friends of The Sun:

Dear EDITOR: I am 8 years old.
Some of my little friends say there is no Santa Claus.
Papa says, 'If you see it in THE SUN it's so.'
Please tell me the truth; is there a Santa Claus?

VIRGINIA, your little friends are wrong. They have been affected by the skepticism of a skeptical age. They do not believe except [what] they see. They think that nothing can be which is not comprehensible by their little minds. All minds, Virginia, whether they be men's or children's, are little. In this great universe of ours man is a mere insect, an ant, in his intellect, as compared with the boundless world about him, as measured by the intelligence capable of grasping the whole of truth and knowledge.

Yes, VIRGINIA, there is a Santa Claus. He exists as certainly as love and generosity and devotion exist, and you know that they abound and give to your life its highest beauty and joy. Alas! how dreary would be the world if there were no Santa Claus. It would be as dreary as if there were no VIRGINIAS. There would be no childlike faith then, no poetry, no romance to make tolerable this existence. We should have no enjoyment, except in sense and sight. The eternal light with which childhood fills the world would be extinguished.

Not believe in Santa Claus! You might as well not believe in fairies! You might get your papa to hire men to watch in all the chimneys on Christmas Eve to catch Santa Claus, but even if they did not see Santa Claus coming down, what would that prove? Nobody sees Santa Claus, but that is no sign that there is no Santa Claus. The most real things in the world are those that neither children nor men can see. Did you ever see fairies dancing on the lawn? Of course not, but that's no proof that they are not there. Nobody can conceive or imagine all the wonders there are unseen and unseeable in the world.

You may tear apart the baby's rattle and see what makes the noise inside, but there is a veil covering the unseen world which not the strongest man, nor even the united strength of all the strongest men that ever lived, could tear apart. Only faith, fancy, poetry, love, romance, can push aside that curtain and view and picture the supernal beauty and glory beyond. Is it all real? Ah, VIRGINIA, in all this world there is nothing else real and abiding.

A Visit From Saint Nicholas 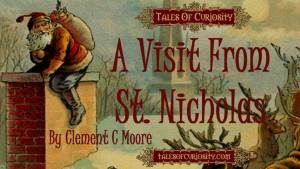 This classic poem is also known as "The Night Before Christmas". Written by Clement Clarke Moore, it tells of a visit by Santa Claus.

The Truth About Santa Claus 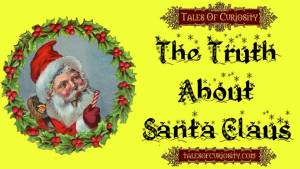 So you think you know about Santa Claus? The truth is not so straightforward. We travel back in time to find the origins of the elusive Santa Claus.

The Mouse And The Christmas Cake 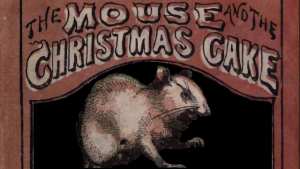 We have found a rather jolly poem, just right for Christmas. The text and images we have used are from an edition first published way back in 1858. 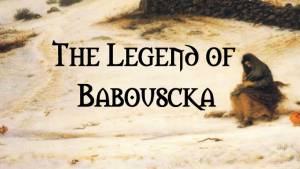 One night many years ago, an old peasant woman named Baboushka was called on by the Three Wise Men who invited her to join them as they traveled to Bethlehem. 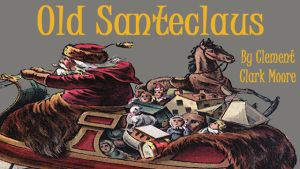